and it shows the information in the crane panel based on the boom length and radius. 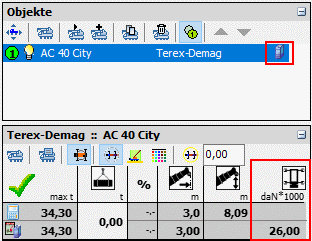 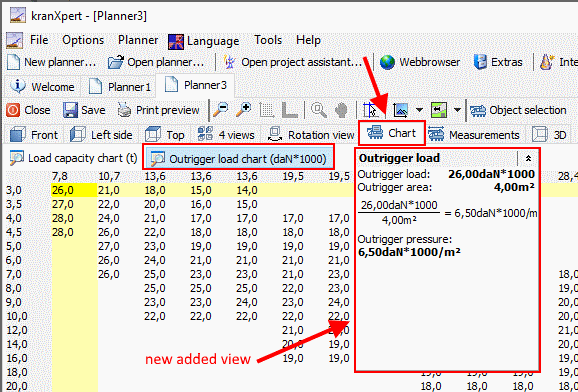 The unit of the outrigger loadings is from the manufacturer and it is a text based import. kranXpert don’t know the unit so there is no calculation to kN possible.

The maximum outrigger load calculation is based on this formula

The 0.65 calculation factor is editable in the main menu ‘Options’ then ‘Settings…’ in the Miscs section. 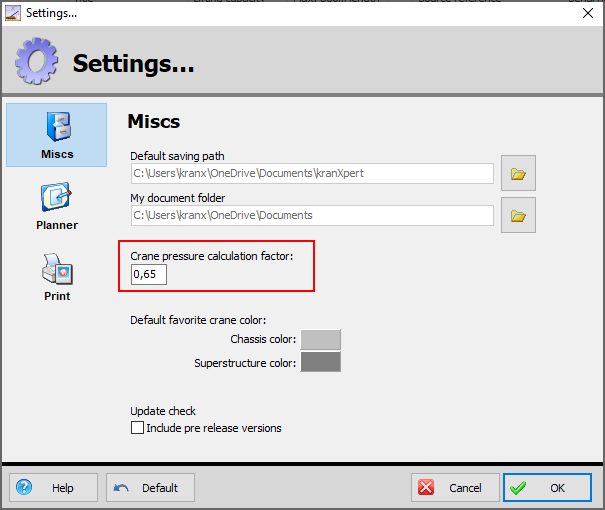 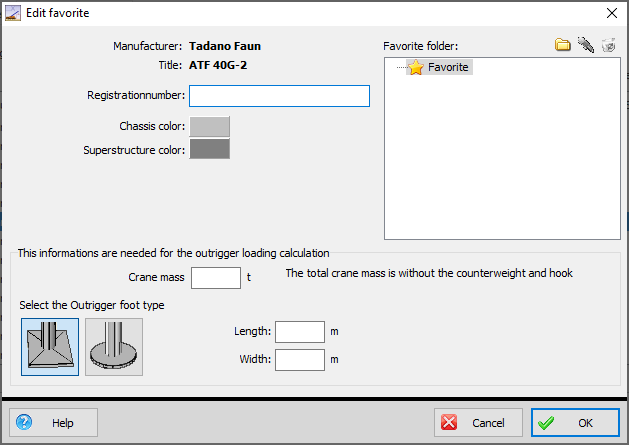 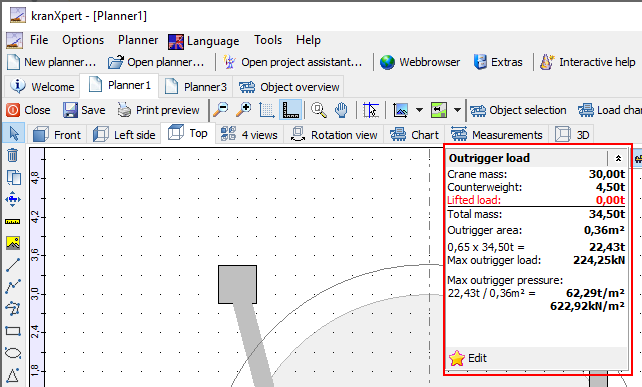 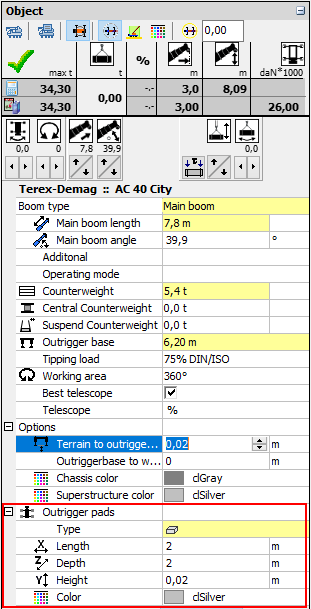